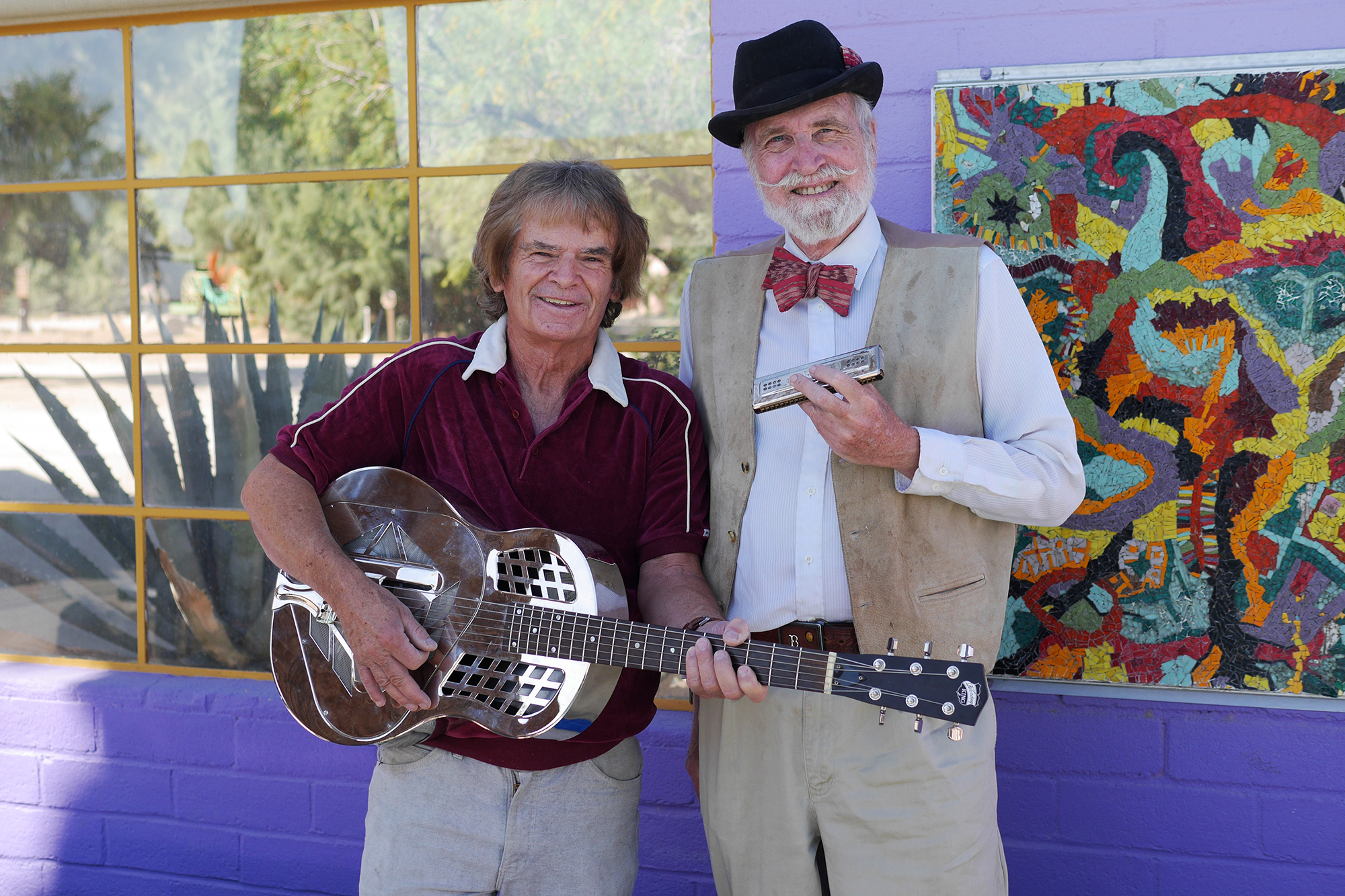 Bill and Bob — Bill Winter, vocals and guitar, and Bob Rowell, harmonica — perform blues-infused roots music. Their repertoire includes songs by Chuck Berry, Jimmy Reed, Hank Williams and others, but most of what they play is original.

“Many people think the blues is depressing. Quite the opposite, it’s a music of catharsis and transcendence,” said Bob. “It’s not about being miserable, it’s about how you deal with it, doing your best to have a good time.”

“Our performance is about making people happy,” Bill added. “Everyone has problems to grapple with. Our songs deal with irritating neighbors, white collar crime, having too much stuff—things we relate to.”

Bill started playing at age 13, on a $13 pawn shop guitar. His father called it a "starvation box", but music paid his way through college. Personnel Management was his college major, with psychology and architecture as minor studies. He designed and built a self-heating and self-cooling house — from the proceeds of playing music.

Music has taken him across the US and Canada. For awhile, he toured solo, playing pedal bass with his left foot, singing, and playing lead guitar. He’s an expert at programming computerized drums.

When he was five, Bob’s dad taught him how to play a scale and a few songs on harmonica. He’s never stopped learning.

Bob also plays trombone and autoharp. His credits include playing with the Santa Barbara Symphony, the Desert Winds Freedom Ensemble and in orchestras for musicals. He’s also an artist. “Music, painting, public speaking are just different ways to touch your audience. They only matter if somebody receives them,” Bob said.

Bob served in the Peace Corps in Guatemala, promoting conservation. Upon return to the US, he spent ten years as an instructor with nature centers and museums.  Out of this came a lifelong fascination with behavior—what gets people to take action. He concentrates a lot on how to get people to groove to the sounds of his harps.

Don't miss out on Bill & Bob's upcoming shows at the 29 Palms Inn:

For more information and other upcoming performances visit: www.facebook.com/BillAndBobMusic